Why I Ditched Coffee for Matcha Tea

Why I Ditched Coffee for Matcha Tea

I have loved the taste of coffee since I was a little girl. I still have fond memories
of taking small sips from my Mom’s coffee cup. The creamy taste was always so
comforting and delicious. As an adult, that warm morning cup of coffee became a
quick and reliable way to wake me up on those winter mornings, when one is
expected to leave the house before dark in order to make it to school or work on
time. But about eight weeks ago, I permanently ditched coffee for matcha tea. You’re
probably wondering why I would do something so drastic. 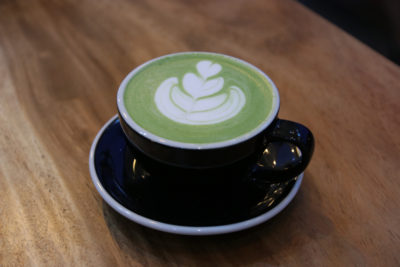 Well before I get into my reasoning, I must confess that this wasn’t my first time
giving up coffee. The first time was after I left the corporate world, in my mid-
30s. In those days, my typical day began with a cup or two in the morning while
getting ready for work. Then at the office, I sipped on another cup or two
throughout the morning. And when the mid-afternoon energy crash inevitably
occurred, I met up with colleagues in the break room for a shot of espresso in
order to perk up. You could definitely say I was addicted to caffeine! Giving up
coffee when I left the corporate grind was painful. Literally. I had a caffeine
withdrawal headache, which lasted for three days!

I stayed away from coffee for almost a year, but then I gradually allowed myself a
few cups per week. The next time I gave up coffee was during pregnancy. My
boys are 20 months apart, so those days seem to be a big blur, but I do remember
limiting caffeine, at the advice of my doctor, during those years of pregnancy and
breastfeeding.

Once the kids got a bit older, and sleep deprivation was my new normal, I
returned to my trusted cup or two of coffee in the mornings just so I could
function! Even before writing Living in the Chemical Age, I ground my organic, shade-grown,
single origin Arabica beans every morning and used a 100% stainless steel French
press to create the purest tasting coffee. I blended it with grass-fed collagen,
coconut milk and stevia for the creamiest, most delicious coffee imaginable. I
had my concoction down!

I justified my morning brew because I’ve read many studies about how coffee
contains antioxidants and may even offer some protection against cancer. Yet I’ve
also read studies that aren’t so positive about coffee. It’s a diuretic, which can be
dehydrating, and it’s also very acidic.

Earlier this summer, my Functional Medicine doctor gave me a blood test that
measured my levels of various toxins, such as acrylamide. I was happy to find out
that my commitment over the past few years to lower my chemical intake was
working very well. However, my acrylamide level was off the charts!

What is acrylamide and what does it have to do with coffee? Acrylamide is
commonly known as a chemical formed when some starchy foods (mostly
potatoes and grains) are cooked at high temperatures (think of french fries and
potato chips). Since I’m very careful about avoiding these kinds of food, I knew
they weren’t the reason for my high level. I then read that acrylamide also forms
when coffee beans undergo the roasting process! High levels of acrylamide can
elevate someone’s risk of cancer and have been known to cause neurological
damage. That was enough for me. I quit drinking coffee and switched to matcha
that very day!

The Many Benefits of Matcha Tea: 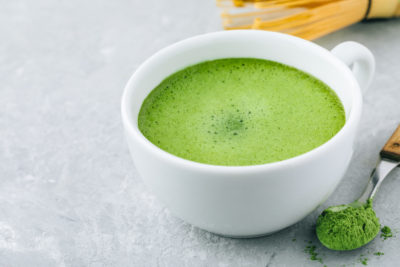 Unlike regular green tea, matcha is an antioxidant and nutrient powerhouse. It’s
super easy to make too. Just put some powdered Matcha tea into a cup, add hot
(not boiling) water, and whisk until frothy. I love adding a bit of coconut milk and
liquid stevia to my matcha for a creamy, sweet morning treat. Mmmm…a
delicious caffeinated beverage that’s also highly nutritious. Bye-bye coffee!